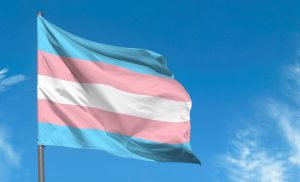 Pride Sports’ Statement on the EHRC Guidance ‘Separate and single-sex service providers: a guide on the Equality Act sex and gender reassignment provisions’

Gyms and sports and fitness clubs are among the organisations targeted in newly-issued guidance from the Equality and Human Rights Commission (EHRC) for providers of separate and single-sex services.

These providers are advised to consider various examples of scenarios that have long been applicable to and accessible by trans people, such as a fitness class that involves a “degree of physical contact”. Here, the suggestion is made that such contact would constitute a justifiable reason to exclude trans women from the class.

Other examples outlined in the EHRC’s advice reference changing rooms and swimming sessions, and are presented as ways to potentially exclude trans people.

It is important to note that the EHRC’s own Statutory Code of Practice remains unchanged. The Code stipulates how objections raised in these scenarios would need to be ‘reasonable’; for example, it clearly differentiates between “a low degree” and “a high degree” of physical contact, giving the example of sports sessions “such as judo or self-defence classes”.

In contrast, the newly-issued EHRC guidance risks inviting clubs to consider implementing blanket bans on the participation of trans women in any class that involves some physical contact. This would be neither proportionate nor legitimate.

For over 15 years, Pride Sports has worked to improve access to sport and physical activity for LGBTIQ+ people in the UK and abroad, challenging homophobia, biphobia and transphobia, and encouraging clubs to take steps that ensure their environments are welcoming to all.

At this time, we urge gyms and sports and fitness clubs to renew their stated commitments and values as they pertain to LGBTIQ+ inclusion, so that both existing and prospective participants are given the necessary reassurances that they will be afforded the dignity and respect they deserve at all times.