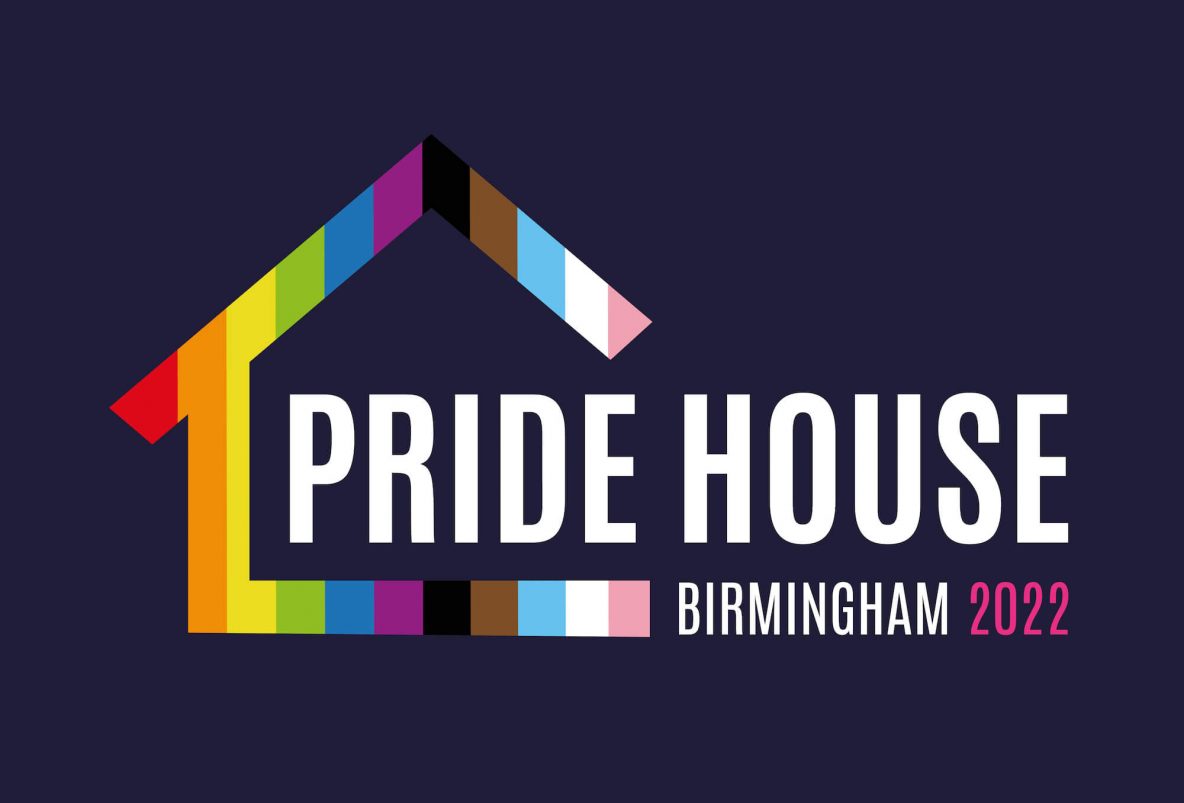 Today sees the launch of Pride House Birmingham, an initiative aiming to create a safe space and welcoming, inclusive environment for LGBTIQ+ spectators, athletes and officials at the Commonwealth Games that is taking place in Birmingham in 2022.

Piero Zizzi, one of the Pride House Birmingham organisers says:

“As a Brummie, I am hugely proud to be leading on this project. Pride House Birmingham will celebrate the fantastic diversity of England’s second city, explore our relationship with the Commonwealth and create a lasting legacy for LGBTIQ+ inclusion in sport”

Pride House Birmingham is being developed on three pillars: Celebrate, Participate, Educate. Programming will include community sport and physical activity, cultural events, conferencing, education and engagement with local schools, as well as a variety of parties and other events celebrating the Games and Birmingham’s diverse LGBTIQ+ community.

Pride House, as a concept, was launched in Vancouver in 2010, when the local community established an LGBTIQ+ welcome space in Whistler at the Winter Olympic Games. They wanted to create a hospitality house similar to the National Houses created around the Olympics & Paralympics, as a safe space for the LGBTIQ+ community to watch and enjoy the Games. Famously, the speed skater Blake Skjellerup attributes, in part, his coming out at the event to his visit to Pride House Whistler.

Since 2010, there have been more than twenty Pride Houses at international sporting events around the World. Varying in size, they are a place welcoming LGBTIQ+ athletes, fans, and their allies to view the competitions, experience the event with others, learn about LGBTIQ+ sport and LGBTIQ+ inclusion in sport, and build a relationship with mainstream sport (http://www.pridehouseinternational.org).

Pride House organisers believe that this project in Birmingham has a particularly important role to play given the global attention there will be on the Games in 2022. In part, the initiative hopes to draw further attention to global LGBTIQ+ rights, given homosexual activity remains a criminal offence in 35 of the 54 sovereign states of the Commonwealth; and is legal in only 19.

Pride House is also working closely with the Commonwealth Games Federation to ensure that this initiative builds on Pride Houses at previous Games and forms part of wider plans for Equality, Diversity and Inclusion across the Commonwealth Sport Movement.

The ambassadors say of their roles:

“I’m so thrilled to be an Ambassador for Pride House Birmingham in the lead-up to the Commonwealth Games next year. Sport is all about equality, and I’m excited to show everyone around the world that anything is possible!”

“I am honoured and thrilled to become a Pride House Birmingham Ambassador. It was right before the Commonwealth Games at Glasgow in 2014 that I was dropped from the Indian national team due to Hyperandrogenism Regulations of the World Athletics. Since then I have fought for my rights to compete the way I was born. Being the first openly lesbian athlete from India, I feel the need to celebrate and embrace difference. Sport is for all and it must provide a safe space for everyone.”

“I am honoured to be an ambassador for Pride House Birmingham. I think it will be a fantastic space in which we will not only celebrate the diversity of athletes participating in the Commonwealth Games, but welcome all members of the LGBTIQ+ community and their allies in a safe, welcoming and educational environment”

“I am Truly honoured and really excited to be an Ambassador for Pride House Birmingham! This is something very close to my heart and a fabulous opportunity to educate and reach out to people from so many different areas of the commonwealth which could make a vital difference. I can’t wait to celebrate the games with all the lgbt+ community from Birmingham and around the world”

Pride House Birmingham is a project being delivered by Pride Sports www.pridesports.org.uk, a UK sports development and inclusion organisation, lead by Lou Englefield alongside local LGBTIQ+ organisers, Piero Zizzi and Neil Basterfield, who run LGBTIQ+ football fan group, Proud Baggies. The organisers are keen to engage a range of stakeholders from the local community, and interested organisations can get in touch via email: info@proudhousebham.org.uk