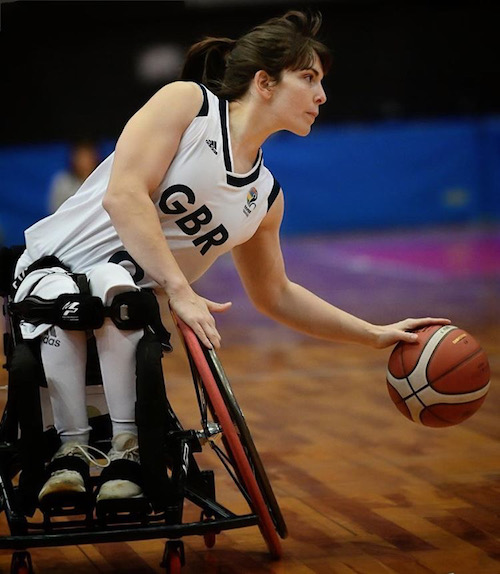 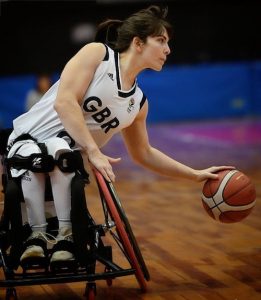 Wheelchair Basketballer Laurie Williams is no stranger to the Paralympic Games. She competed both at the Summer Paralympics in London in 2012 and at Rio de Janeiro in 2016. This summer’s Paralympic Games in Tokyo, however, may provide Laurie with her first Paralympic medal.

Having achieved silver medal position in last year’s European Championships and silver in the 2018 World Championships, ParalympicsGB women are definitely aiming for a place on the podium.What makes Laurie’s journey even more special, is that she will be vlogging about her experiences along the way. Williams has teamed up with Pride Sports over the next 6 months to tell her story via a monthly video blog, through which she hopes to share her experience as an LGBT+ athlete at the very highest level.

Laurie says of the project:

“I’m very excited to be working with Pride Sports on the run up to Tokyo. I’m looking forward to showcasing what it is like to be an LGBT athlete preparing to represent Great Britain at a Paralympic Games"

Lou Englefield, Director of Pride Sports says:“We were delighted when Laurie approached Pride Sports to share some of her volunteer time. The power of LGBT+ athlete visibility in sport should not be underestimated and we hope Laurie’s story will inspire LGBT+ young people at the beginning of their sports pathway as well as those who may think that sport is not a place for them”

Laurie was recently named as one of the top five players at the Osaka Cup, the International Women’s Wheelchair Basketball Friendship Games and, with a ten-year career at the highest level under her belt, is considered one of the greats of British wheelchair basketball. 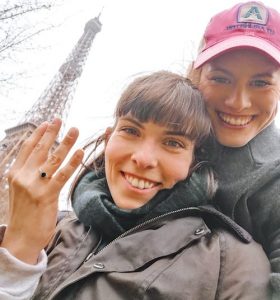 The vlog will be published in regular instalments, sharing personal experiences of the months leading into a major competition. Earlier this week, Laurie became engaged to her partner of five years and teammate, Robyn Love when Robyn popped the question near the Eiffel Tower in Paris.

Laurie has made this short introduction to the vlog, which can be accessed here:

“I’m very excited to be working with Pride Sports on the run up to Tokyo. I’m looking forward to showcasing what it is like to be an LGBT athlete preparing to represent Great Britain at a Paralympic Games”