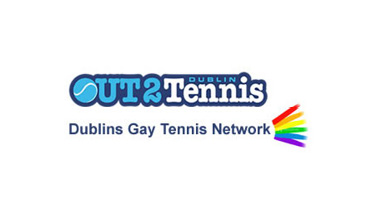 Welcome to Out2Tennis, Ireland's largest Gay Tennis Network. Founded originally as Out4Tennis® and part of the OutinIreland® sports group in 2006, the group went through a few changes in 2011 and re-launched itself under the new name Out2Tennis in 2012.

The Out2Tennis group aims to provide the opportunity for members of the gay community and their friends to come together and play tennis, regardless of their playing level while also giving them the opportunity to compete in a few different tournaments annually.

At the moment the group organises three main annual tournaments in which players of all levels of tennis can compete, the primary event being our International GLTA Tournament where we welcome players worldwide to compete in Dublin on the May Bank Holiday weekend every year.