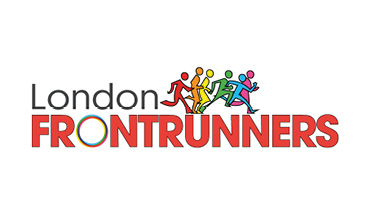 London Frontrunners is an inclusive running and triathlon club for lesbians, gay and bisexual men and women, trans people and our allies.

We are open to anyone, regardless of ability, sex, sexual orientation or gender identity. Formed in 1995, we are part of International Frontrunners, a network of LGBT running clubs all over the world. We have over 500 members, ranging from recreational joggers to competitive road and cross-country athletes and everyone in between.

Regardless of your level of fitness, your pace or your preferred distance, you will find members to run and train with. We have regular runs four times a week (on Mondays, Wednesdays, Thursdays and Saturdays) in some of London’s most beautiful parks (Regent’s Park and Hyde Park) and along the South Bank. We also offer training and coaching sessions three times a week at Primrose Hill, Battersea Park and Mile End Stadium. But we’re not just about running! We have drinks, dinner or brunch after all of our runs in pubs or breakfast places near the changing facilities.

We also have regular social events, such as our Christmas Party, our London Marathon Party, and organise regular trips around the UK and an international trip every autumn.