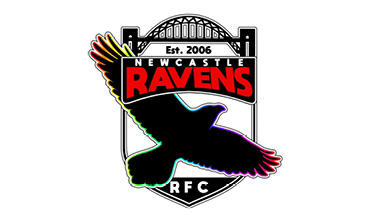 Established in May 2006, Newcastle Ravens Rugby Football Club is for people who are interested in playing for, or supporting, a gay rugby team in Newcastle-upon-Tyne and the surrounding areas.

The team was established to encourage gay people to enjoy the sport and to introduce new and potential players to rugby as well as developing the skills of experienced players.

New players (regardless of age, experience, gender identity or sexual orientation) are welcome throughout the season. The team has recently set up a Touch team and are looking for recruit more players across the season.

The team have been named of Winners for the Northern Division of the IGR in 2018 and 2019 and were named League Leaders in 2020 when the league was suspended due to Covid-19. They attend Thebans clinic hosted by the Thebans, also attend the Union cup which is the gay rugby European cup hosted in a different European city every two years and the Bingham cup with is the gay rugby world cup and is also hosted every two years and they host their very own tournament the Hadrian cup which attracts around 18 gay rugby teams from around the UK.

Wednesday’s session is more training while Saturday is an opportunity to practice gameplay. will include some fitness and rugby skills training and all ages, and abilities are more than welcome